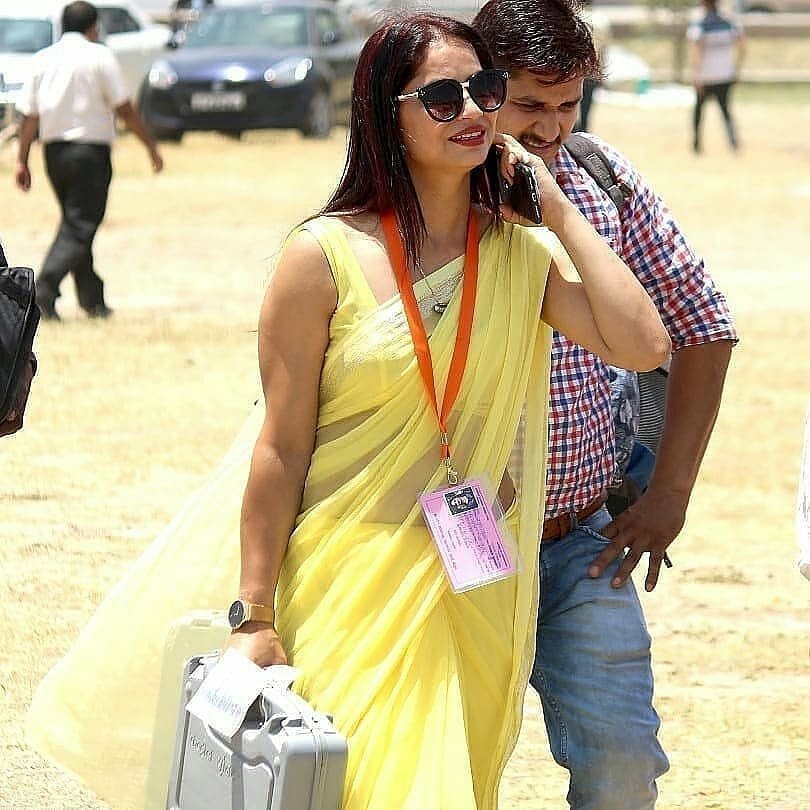 Reena Dwivedi is a government employee of from Uttar Pradesh who became famous after her photos, wearing a yellow saree, got viral during the 2019 Lok Sabha Elections.

In 2004, she got married to Sanjay Dwivedi, an employee at the PWD in Uttar Pradesh. However, he died in 2013 after a prolonged illness. Thereafter, the Uttra Pradesh Government offered her a job in the same department, i.e., PWD, where her husband had been placed. She was given the post of “Junior Assistant” in PWD.

Reena’s photos also came during the 2017 Uttar Pradesh Assembly Electins. However, at that time, those photos did not get viral

The Limitless and Unstoppable Journey of Saasy Shweta

Emerging Digital Marketer in the city

SingJohn: Why 2022 Would Be A Year Of Quality Plagiarism-Free Content?