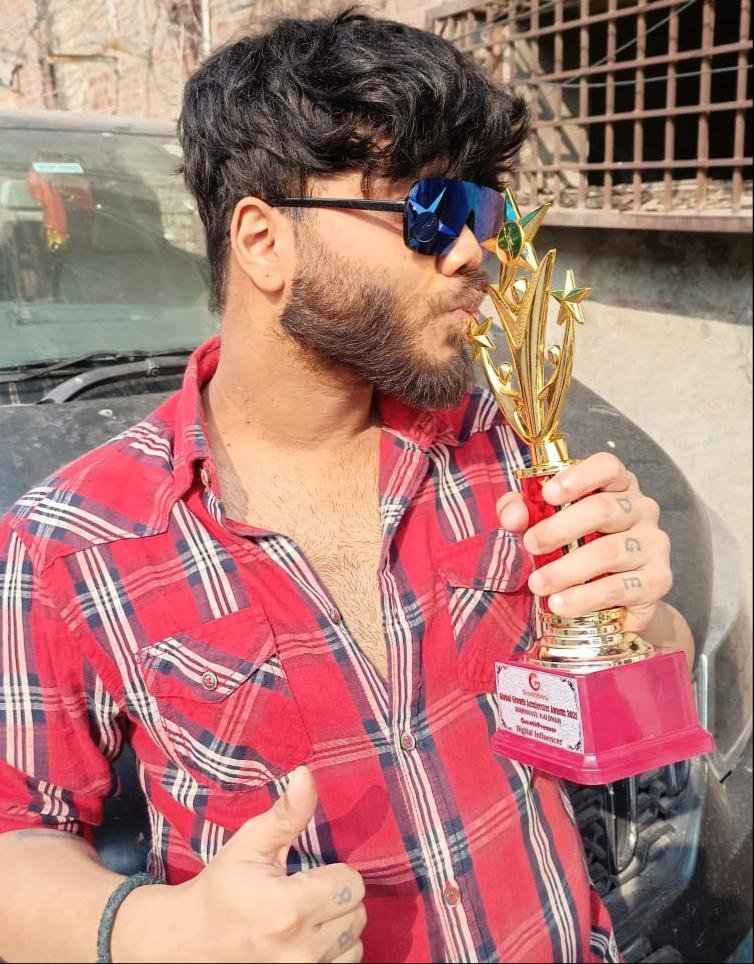 Abhimanyu Kalbhor an avid foodie and explorer who goes by the name of Ghumakkad Gastronaut on social media
recently won his first ever National Award in food blogging – Global Growth Accelerator Award 2021 organised by Growth Beats.

With over 70k followers on Instagram, 150k + followers on major short video apps, Abhimanyu Kalbhor is a well known face among food and travel lovers.
Abhimanyu Kalbhor, an epicure built up his admiration for food at an early age. He started began cooking at age of 9, thanks to his mom for motivation. Cooking and exploring new places, watching cookery shows has been his obsession.

“Its been 6 years now and i have won my first award finally. It feels amazing. Finally my hard work, determination and patience has paid off. The road to my first digital success was a bumpy roller coaster and had traffic jams and multiple roadblocks”, says, Abhimanyu Kalbhor.

Abhimanyu has been recognised for his work by multiple news websites. Apart from being a Food Blogger, Abhimanyu is also an
Entrepreneur and ex Professional Cricket who has played county cricket for the country of Ireland.

“CONSISTENT Hardwork, determination and patience will always get you success”

Abhimanyu credits his first success to nobody but his 3 qualities. He was asked to quit, he was demoralised, demotivated and people made fun of him for choosing this as his passion and side profession but his three qualities ~ patience, determination and hardwork paved the way for him.

Abhimanyu aims of having a massive and successful YouTube channel , also desires to be a full time explorer and host a food and travel show at the national level.

A free online portal to provide career and admission advice to students and parents launched...

Rohit Mavle- A Boy Who Followed His Passion and Made a Name For Himself.