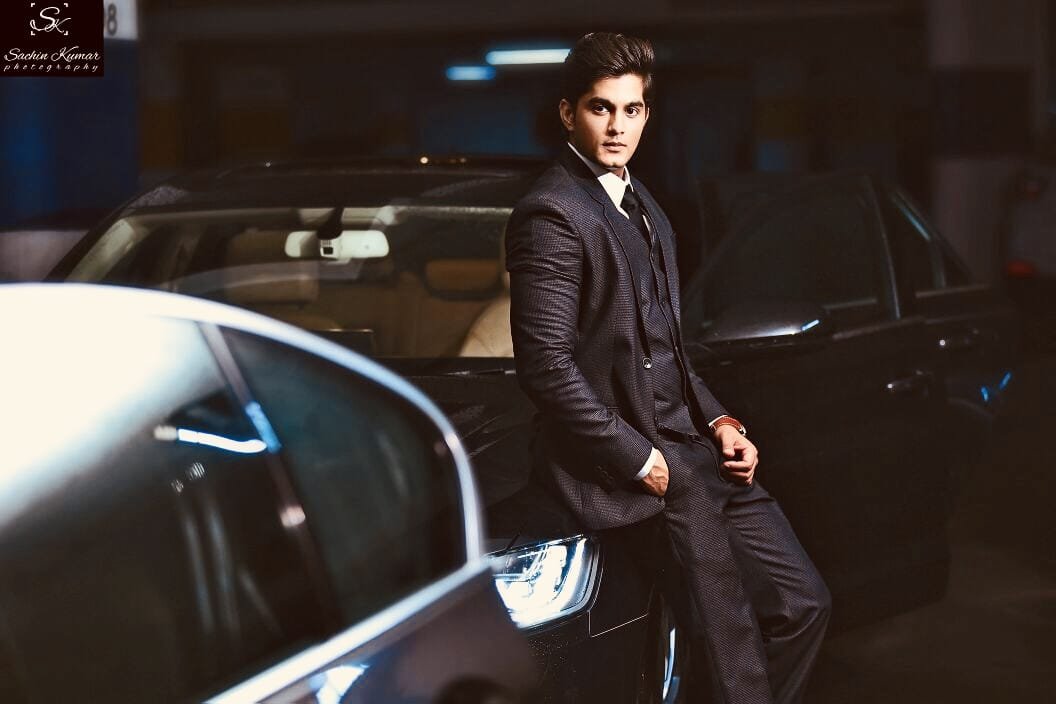 There are two kinds of people in the world – The first set of people have dreams and they sit and wait for something magical to happen. The second set of people consider their dream as a goal, their time as investment, their hard work as passion and eventually go on to realizing that dream. Today, as Arpit Nagar gears up for his Bollywood debut through Dhadke Dil Baar Baar, his journey is worth exploring as it has everything a complete outsider from a small town in Indore had to do before realising the Big Bombay Bollywood Dream.

Rarely do we come across aspirants who have a very process-oriented approach towards landing the Bollywood dream. The usual template shows an aspirant knocking all possible doors as soon as she/he lands in the city of dreams. Arpit was different when it came to the approach. Call it the analytical mind of an investor that he is or the fire in his ambition, Arpit’s goal isn’t just to enter Bollywood but to sustain and increase his range as an actor and film enthusiast.

The craft behind the camera is as important as what happens in front of the camera. Arpit strongly believed that an actor must imbibe and learn all facets of the trade. He knew that this would help him understand and learn personally, but also appreciate the various arts that make a film with a finer sense and attitude. When you are a systematic person in terms of approach, your talent eventually gets the rightful attention it deserves. The doors of one of India’s biggest production houses, Yash Raj films, opened for him. He worked as the Second Unit Director for the much acclaimed and commercially successful Ayushmann Khurrana starrer ‘ Dum Laga Ke Haisha’. During his stint, Arpit quickly picked up what happened behind the camera. But while doing this, he was focused on his eventual goal of facing the camera. With an eager set of eyes, Arpit observed the process followed by the successful actors in front of him.

While doing this, Arpit also focused on other things that were crucial for his entry in cinema. He sought out experts from reputed institutes such as NSD and FTII to train him and mentor him on the several skills he needs. Parallely, he worked on his diction, martial skills, and more. And then that day eventually came – the day that pumps up every vein in an Outsider’s boy. He received a call saying he was selected as a lead actor in a romantic comedy film. For someone who worked tirelessly for this, there wasn’t any doubt that he would give his cent percent to the film

In the film, he is paired opposite Erica Willson who plays the role of Tina. When asked about his co-star Erica, Arpit said, “She is a powerhouse of talent. The perfect choice for the lead role and I look forward to seeing more of her work in the future”.

Now as he awaits the release of his debut film, Dhadke Dil Baar Baar, Arpit Nagar  has already moved on to his next project with another reputed team of director and technicians

From past days, Bollywood filmmaker Vivek Agnihotri has been in the news for calling out Brahmastra and it’s ‘fake collection’ at the box office.

Purva Mantri is making Surat dance to her tunes